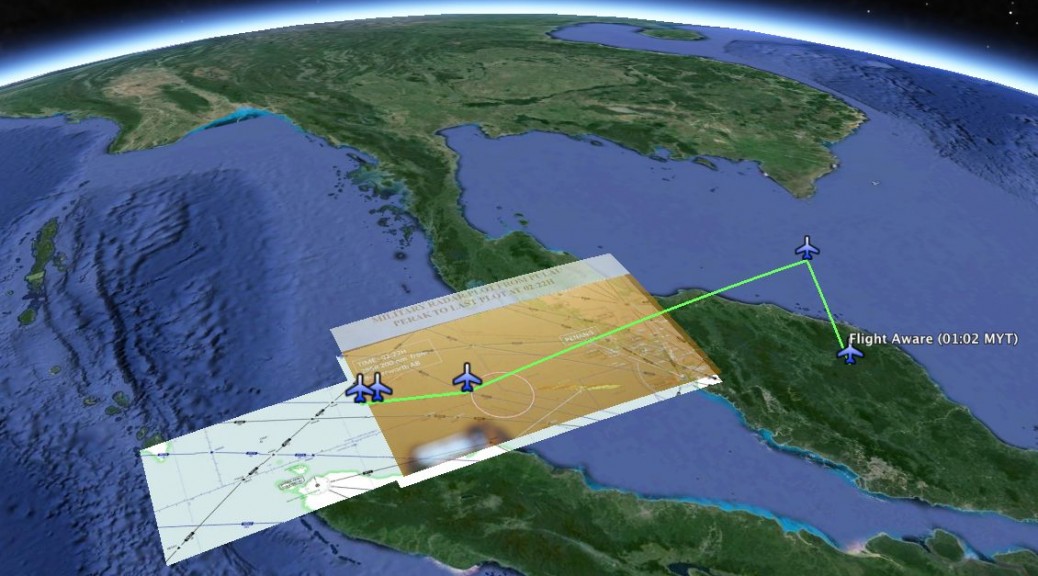 UPDATE March 22: Keith Ledgerwood, who devised the theory that MH370 may have shadowed another plane, argues (convincingly) that the track shown to the media and families in the photo below is not of MH370 but of either UAE343 or SIA68, both of which were in the area at the time. If this is true (which it appears to be), then it is an astonishing piece of misdirection by the Malaysian military representative to the families of the victims and the press. The following post now needs to be treated as possibly based on misinformation, alas.

UPDATE March 23: The New York Times, however, still treats the plot in the image below as coming from MH370. So at the very least, there are two conflicting official accounts of the path MH370 took.

ORIGINAL POST: We now have one more official source of information to go on: Via Twitter, a photo, shown to Chinese media in Beijing on March 21, of a Malaysian military radar image showing MH370, pinpointing its last plot at 02:22 MYT (UTC+8): 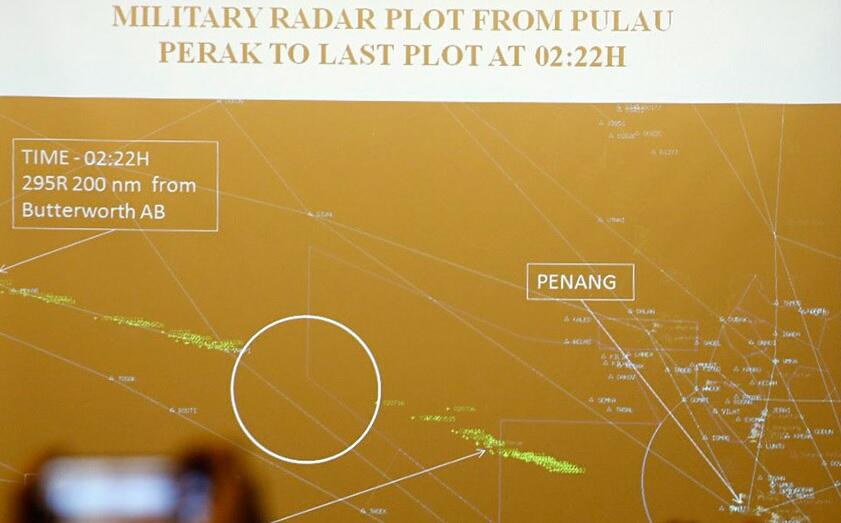 Here is the resulting KMZ file for you to use. (Open it in Google Earth, then select individual elements and play with the opacity slider in the sidebar to compare alignments.)

This allows us to draw some interesting inferences. But first, the data: Here is the SkyVector screenshot of the same area (annotated by me, click to enlarge): 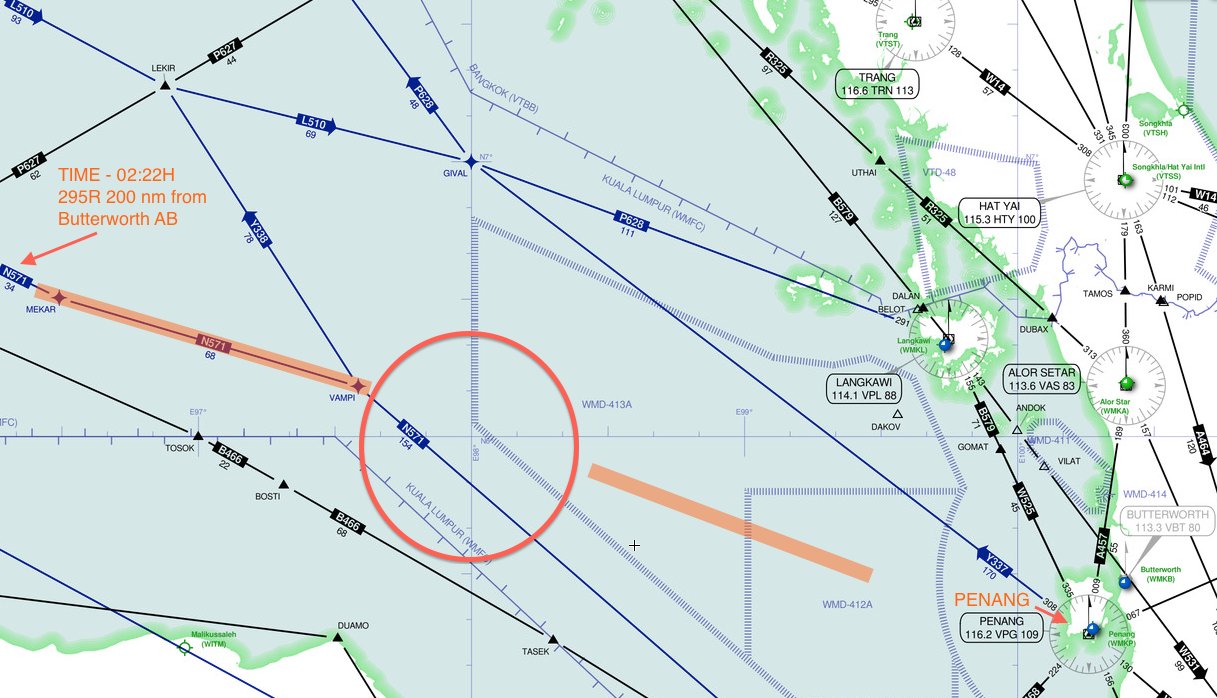 Some analysis:
The radar image is not unambiguous, at least not without additional official context. But it does label a specific place at a specific time: MH370, at 02:22 MYT, at or even beyond the MEKAR waypoint. The green trace “line” to the left of the annotated circle connects the VAMPI waypoint (previously named as a waypoint for MH370) to MEKAR. A route from IGARI on the other side of the Malaysian peninsula to VAMPI and then on to MEKAR would be a straighter route than the previously mooted one, which had MH370 turn a sharp right at VAMPI to GIVAL — a turn of more than 90 degrees — which always looked somewhat odd. (If these waypoints sound confusing to you, do read this post for context.)

One thing that aligning the photo with the SkyVector screenshot lets us do is notice that the green “line” and the annotation arrow extends slightly beyond MEKAR. If so, MH370 was on its way to NILAM — where its path would have crossed route P627, which skirts past the northern edge of Sumatra and into the Indian Ocean in a WSW direction. The last known bearing of MH370 is thus far less suggestive of a northerly route.

If we now connect the dots, from the position at 01:02 MYT as plotted by FlightAware, to IGARI, to VAMPI and then on to just past MEKAR at 02:22 MYT, we get a distance of roughly 1090km (see the KMZ file to check), flown in 80 minutes. That’s a speed of 820km/h, approximately, which is feasible.

UPDATE: Keith Ledgerwood was able to convince me, with images not in the public domain, that the second arrow notation referred to the same track. So there are no two planes.

UPDATE March 22 22:37 UTC: I’ve found the original image on a Chinese media website. I’ve edited the post above to reflect this. Unfortunately, the caption doesn’t provide much in additional context. Here it is via Google Translate.