A closeup of that photograph making the rounds of Obama and his team following the raid on Bin Laden’s compound in the Situation Room: (Click to enlarge) 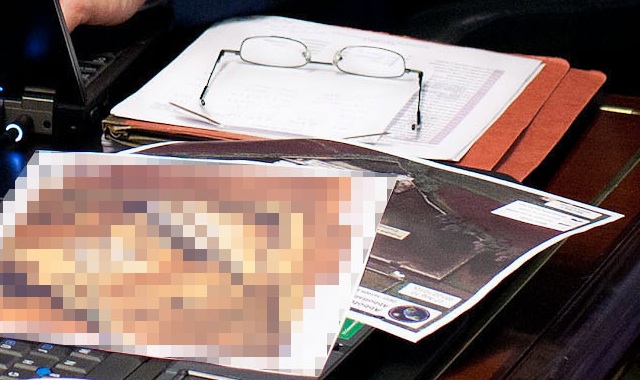 Sure enough, it is an aerial surveillance image of the compound. Also note that “a classified document seen in this photograph has been obscured,” as the caption puts it. What’s interesting is that this document too — for as far as I can tell through the pixellation — looks like a highly detailed aerial image; probably so detailed that the US military would rather us not know just how detailed it can get.

3 thoughts on “In the Situation Room, aerial imagery of the Bin Laden compound”