Via the Map Room, news of a brand new satellite image taken today, after the raid on Osama Bin Laden’s compound. 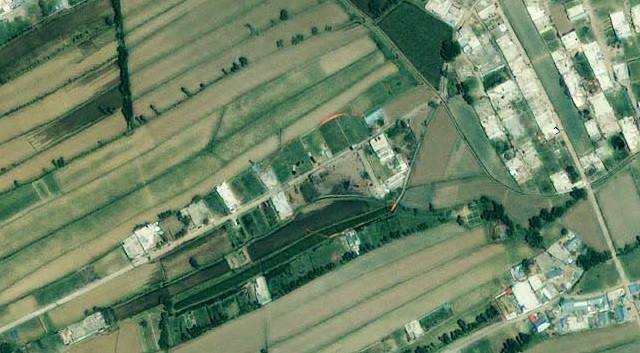 It’s by GeoEye, and the caption reads thus:

This one-meter resolution image shows a walled compound in Abbottabad, Pakistan. According to news reports Abbottabad is the town where Osama bin Laden was killed by U.S. forces. The image was collected by the IKONOS satellite on May 2, 2011 at 10:51 a.m. local time while flying 423 miles above the Earth at an average speed of 17,000 mph, or four miles per second.

That would place the timing of the image at just under 10 hours after the attack.

What it lags in resolution vs the DigitalGlobe image from January 2011 (blogged previously) it makes up for in terms of timeliness and color. In fact, the crash site of the problem-helicopter seems plainly visibly (to my eyes) as a blackened helicopter-shaped mass. While there are photographs around of helicopter chunks eventually being hauled away, this satellite image seems to have been taken before then: 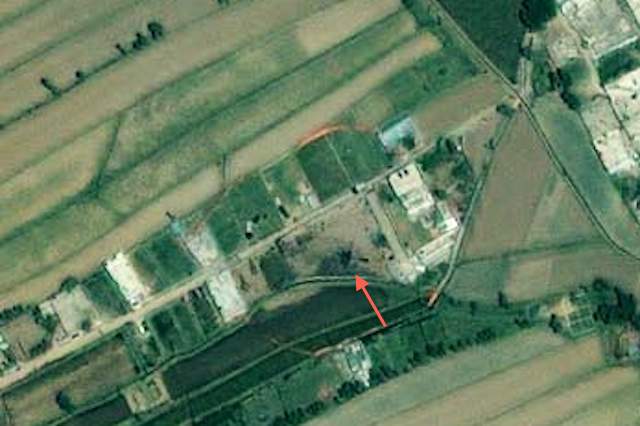 As with the DigitalGlobe image, it looks great when overlaid on Google Earth, so here is the KMZ file (2MB). As usual, play with the opacity slider to compare vs the older imagery from 2005 below it, and remove the outline of the compound to get a better look. 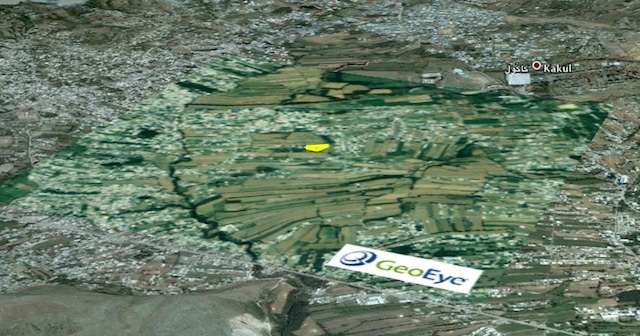 UPDATE May 3: A graphic made by the New York Times places the helicopter crash at the same location as indicated in the image above:

[Update May 3: Google today updated its base image layer to include imagery from Abbottabad taken on May 9, 2010 — just under a year ago. You can still see the imagery from 2005 (and 2001) by using the historical imagery time slider tool in Google Earth.]