HRW’s analysis of the imagery is available as a PDF, but not as an overlay onto Google Earth, so I extracted the imagery and made one myself. Here it is as a KMZ file, ready to download and open in Google Earth. 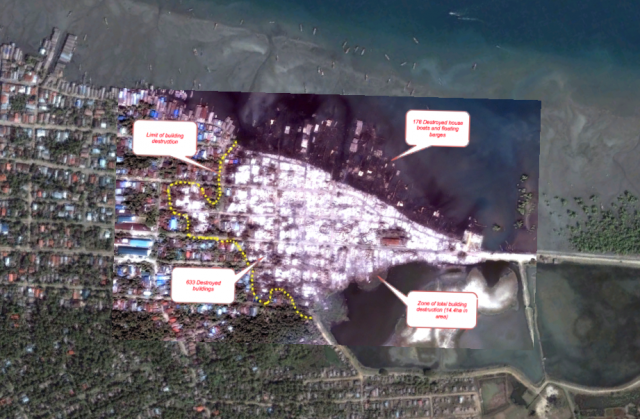 The file contains two overlays: Digital Globe imagery of the neighborhood before its destruction taken on March 9, 2012, and imagery taken just after the destruction, on the morning of October 25, 2012. According to HRW, the area was razed on October 24. The current imagery in Google Earth’s default later is from December 20, 2009.

As usual, the best way to explore these overlays is to turn on one or both, and then to play with the opacity slider, so that you can quickly compare the imagery from 2009, March 2012 and from just a few days ago:

In Google Earth, the new imagery gains a lot of context — not just in terms of the size of the area that has been razed, but also by situating the imagery inside the Burmese state, whose isolation until recently still means the area is terra incognita to most. In Google Earth, meanwhile, the Panoramio layer boasts several photos from the immediate vicinity of the destruction — such as this one, by B. Bavčević: 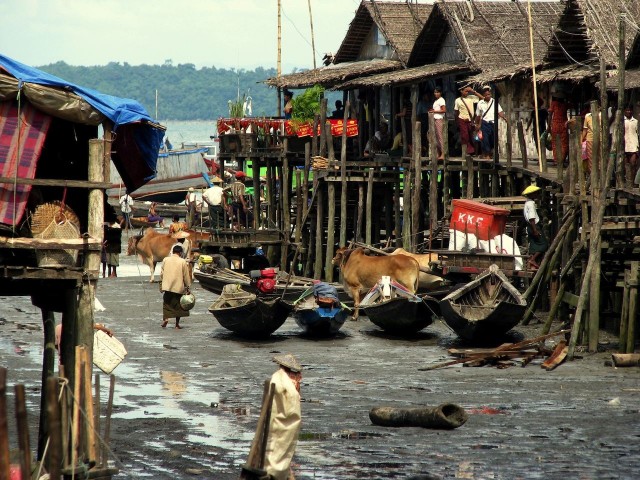