In August 2010, I visited Kashgar, a city in China’s remote far west that for over a millenium helped drive the Silk Route economy, inheriting an old town with distinctive Islamic architecture. My visit was compelled by the news that this old town was in the process of being dismantled by authorities, so I wanted to see it before it was gone. I ended up spending a week documenting and mapping the process, publishing the results in a Google Earth file.

On February 17, 2012, new imagery of Kashgar appeared in Google Earth, taken just three months ago, on Nov 17, 2011. By comparing this new imagery to the older imagery and my notes, I’ve been able to update the map to chart the progress of the old town’s transformation in the 15 months between my visit and the latest imagery. Here it is as a Google Earth file: 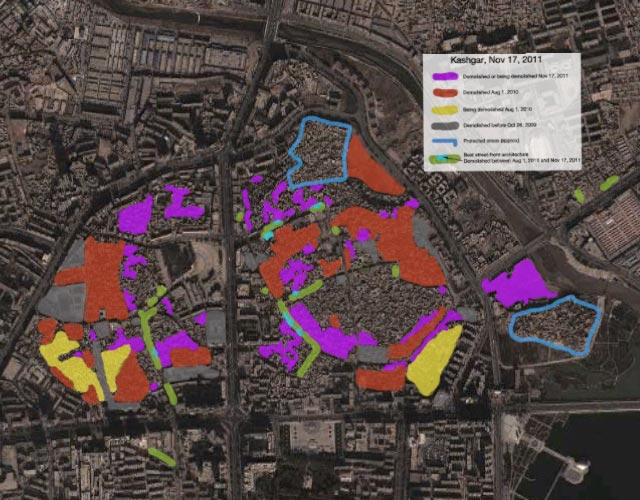 Some observations from studying this new imagery:

5 thoughts on “The last days of old Kashgar — an update”